“What, specifically, do you want to know?” is a question no one needs ask about this study. The answer is in the title: 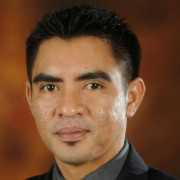 “This study examined the combined effects of milk supplementation and aerobic exercise on the short-term memory and sustained attention of female students aged 16 yr. (N = 81). The intervention involved serving of 250 ml of regular milk during school days and/or a 1-hr. aerobic exercise period twice per week for 6 weeks. The Digit Span Test and Digit Vigilance Test were used to measure short-term memory and sustained attention, respectively. The combination group (milk and exercise) and exercise group performed significantly better than did the milk and control groups in terms of short-term memory.”