“The dessert blancmange consists of two layers. The first is a cheese mousse sugar syrup containing buckthorn extract, evenly distributed over the entire volume. The second layer is a jelly consisting of an extract of green tea and red wine stabilized natural pectin gelling agent. All components have high radioprotective properties.“ 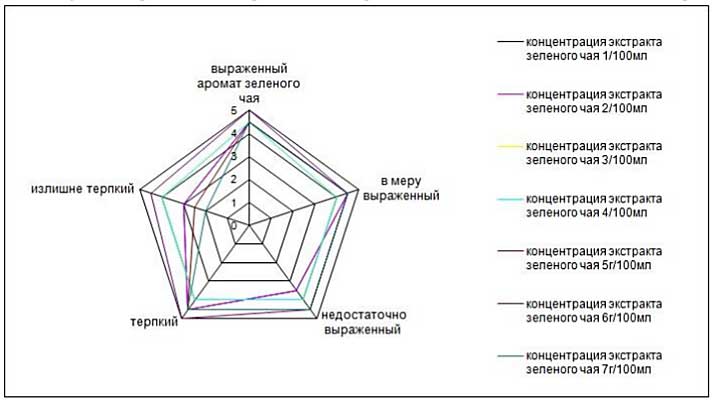 The diagram shows the effect of concentration of the extract of green tea in taste and aroma.