NEW YORK — McDonald’s swears up and down that the little yellow “Minions” Happy Meal toy is speaking only nonsense words and not something a little more adult.

Experts say the company may be right, and the curse words many hear may be tied to how our brains are primed to find words even when they’re not really there.

The world’s largest hamburger chain and purveyor of Happy Meals said Friday that it doesn’t plan to take the talking Happy Meal toy out of distribution, even though some customers say it sounds like it’s cursing. A toy bought by The Associated Press made a sound that could be interpreted as the phrase often abbreviated as “WTF.” Another phrase sounded like it could be “Well I’ll be damned.” The sound quality of the toy makes it hard to say definitively who is right….

The technical name for the phenomenon is “pareidolia,” hearing sounds or seeing images that seem meaningful but are actually random. It leads people to see shapes in clouds, a man in the moon or the face of Jesus on a grilled cheese sandwich.

The audio form of pareidolia has been causing confusion for years and years. In the 1960s the FBI investigated The Kingsmen’s version of the song “Louie Louie” after concerned citizens complained that the lyrics were obscene. The band denied it, but hardly anybody could figure out the lyrics, including the FBI. The agency officially declared the words unintelligible….

Last year a group of researchers published a paper called “Seeing Jesus in toast: neural and behavioural correlates of face pareidolia.” They wanted to understand what happens in the brains of people who see a face pop out of the toaster, and they received an Ig Nobel Prize, given to scientists who do unusual, imaginative or odd work of questionable importance. 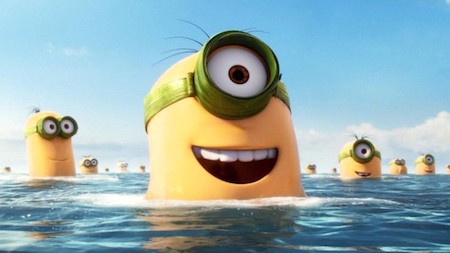