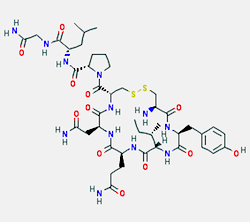 The laboratory facility that long ago won honors for doing research and development on the so-called “gay bomb” is casting a skeptical eye at widespread claims about oxytocin, a substance some people call “the love hormone”.

A new study offers two reasons to be cautious about some of the claims made for the role of the hormone oxytocin in human behavior.

The paper’s out now in PLoS ONE from researchers James C. Christensen and colleagues, who are based at the US Air Force Research Laboratory in Ohio. That the military are interested in oxytocin at all is perhaps a testament to the huge amount of interest that this molecule has attracted in recent years. Oxytocin has been called the “hug hormone”, and is said to be involved in such nice things as love and trust. But according to Christensen et al., quite a lot of previous oxytocin research may be flawed.…

The 2007 Ig Nobel peace prize was awarded to the Air Force Wright Laboratory, Dayton, Ohio, USA, for instigating research & development on a chemical weapon — the so-called “gay bomb” — that will make enemy soldiers become sexually irresistible to each other.

BONUS: James C. Christensen [pictured below] also is part of a team that says: “We did something that has never been done before. Modifying a car—a 2014 Corvette C7 Stingray—so a qualified quadriplegic driver can safely operate it under racetrack conditions. We call it SAM. A semi-autonomous motorcar.” 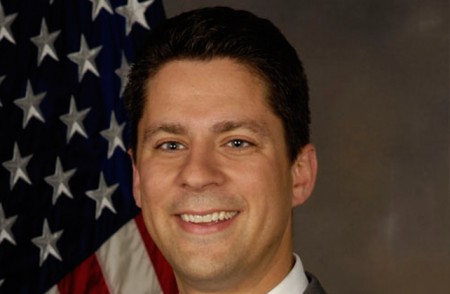