In 2010, Tomoyoshi Motohiro of the Toyota Central R&D Laboratories, Nagakute, Japan, investigated the mathematical implications of such results in a paper for Forma (the journal of the Society for Science on Form) 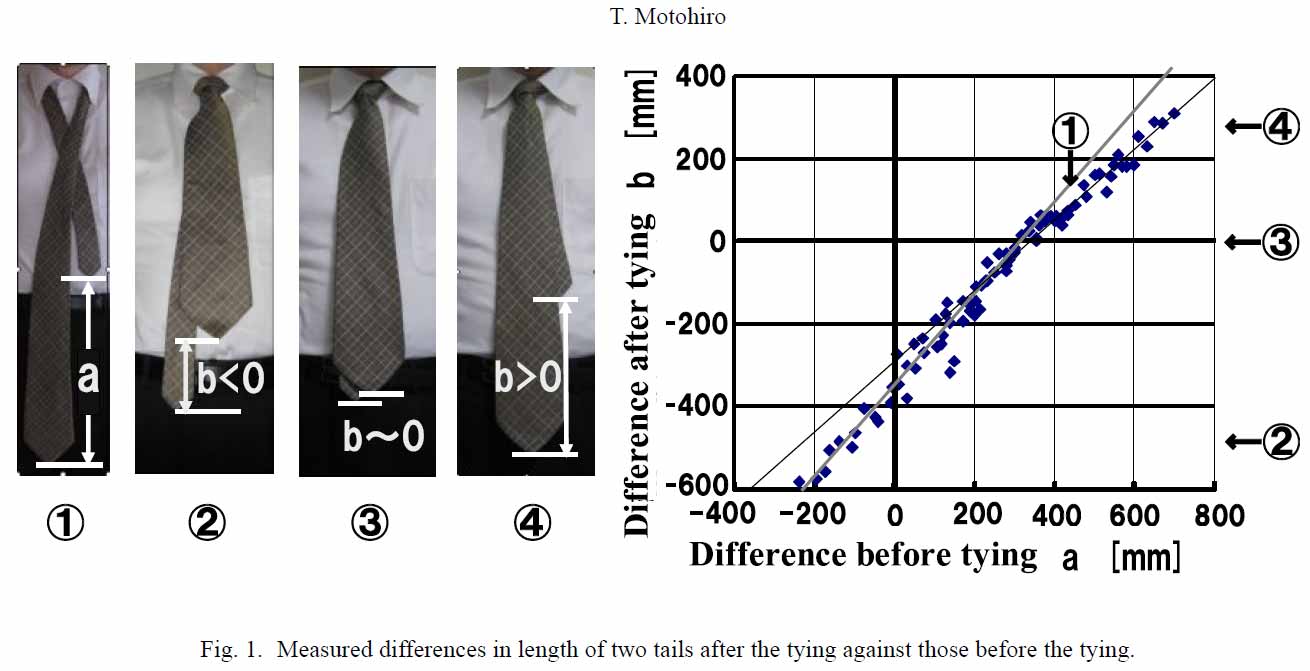 ‘A Sense of Non-linearity Originated from Form in Multiple-Folds – Tying a Necktie in Semi-Windsor Knot’ has recommendations for necktie tiers who wish to avoid non-linear scenarios.

“[…] it is obviously possible to mark a point on a tie as a function of a length around the neck by extending the analysis described here, which may ease getting a good balance of the lengths of two tails of the tie in tying. However, it is rather out of scope of this paper which tries to point out the sense of ‘non-linearity’ in our daily life in reference to the typical drift of the argument on linearity and non-linearity including the Malthus equation and the logistic equation.”