HRL Laboratories – formerly the (Howard) Hughes Research Laboratories – have just been granted a US patent for their ‘Power generation through artificial transpiration ‘ invention. 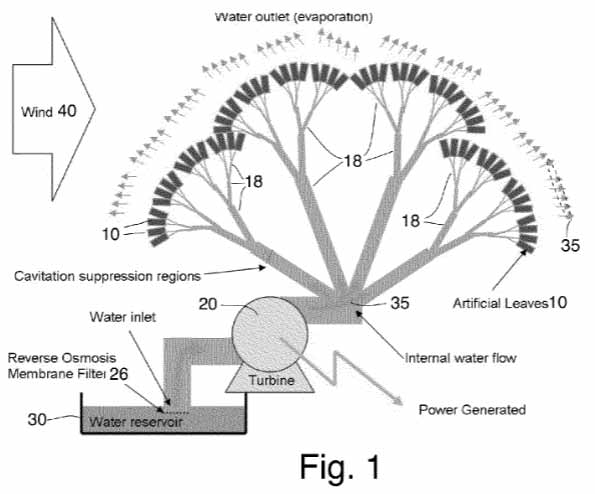 The power system – which could perhaps be described as an ‘artificial tree’ – generates power by drawing water through a turbine, driven by pressure differences caused by transpiration through its artificial leaves.

The patent doesn’t specify the likely power output of the structure, though it does relate that “Coastal Redwoods in the state of California […] generate pressures >-1 MPa, which is equivalent in magnitude to a 100 m waterfall.”