Infants are not famous for being skilled consumers or producers of music. This study suggests that that lack of fame is justified for 28 of 30 babies: 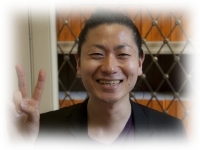 “Here we report limb movements and vocalizations in three- to four-months-old infants while they listened to music and were in silence…. Intriguingly, however, there were two infants [of the 30 infants we examined] who demonstrated striking increases in the rhythmic movements via kicking or arm-waving around the musical tempo during listening to music. Monte-Carlo statistics with phase-randomized surrogate data revealed that the limb movements of these individuals were significantly synchronized to the musical beat.” 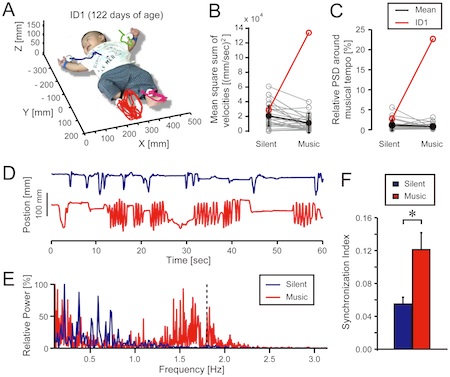 This is one of the two songs used in the study: