“Viagra Induces Fractal Growth in Mushrooms in Switzerland“, by Gabriele Losa [pictured here], appears in the special Cloning & Evolution issue of the Annals of Improbable Research. (The article is also online.) It begins:

This study investigates the effect of Sildenafil (a synthetic drug that is known to much of the public as “Viagra“) on the growth and shape of the mushroom Boletus edulis (a Basidiomycete of the Boletaceae family), diffused in the beechwood trees (Fagus) of Ticino, the region with Italian culture located in the Southern part of Switzerland.

Background: About Sildenafil, and these Mushrooms, and Fractal Analysis 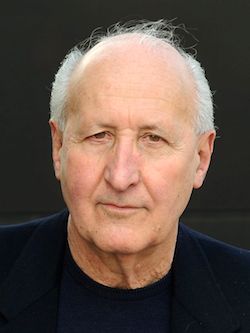 The pharmacological compound Sildenafil has been shown to treat the male erectile dysfunction “impotentia erigendi ” by inhibiting a set of c-Phospodiesterase-5 enzymes, what in turn intensifies the blood afflux into the “corpora cavernosa”, filling them up to turgidity leading to penis erection. (Dunzendorfer 2004). Mushrooms of Boletaceae family including the Boletus edulis type, mostly display a phallus-like morphology formed by a stalk and a cap (pileus) whose extent and consistency may be influenced by various environmental agents, including growth factors and complex molecules such as polyphenols and other natural antioxidants.

Some analogies were noticed between Sildenafil and the chemical structure of natural polyphenols, flavonoids and many other cyclic compounds as rosmarinic acid abundant in macro-fungi, which exhibited an antioxidant free-radical scavenging activity (Guo et al. 2012). These morphological and physiological properties prompted us to investigate the role of Sildenafil on the proliferative capacity and on the morphological changes of Boletus type growing in the natural habitat of a Fagus forest.… 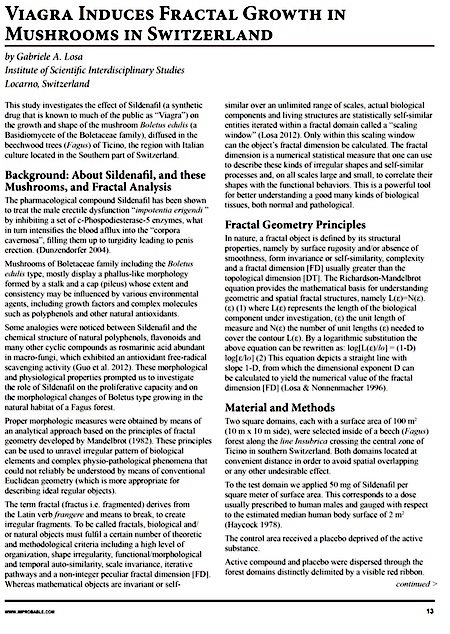