The Associated Press tells of the new study by Ig Nobel Prize (for the study “‘Beauty is in the eye of the beer holder’: People who think they are drunk also think they are attractive“) winner Brad Bushman [pictured here] and colleagues: 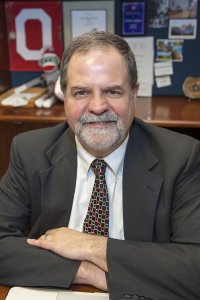 The researchers studied 107 married couples for three weeks. Each night, they measured their levels of the blood sugar glucose and asked each participant to stick pins in a voodoo doll representing his or her spouse. That indicated levels of aggression.

The study procedure also raised [an unusual] problem. Bushman had to handle a call from his credit card company, which wanted to make sure it was really he who had spent $5,000 to buy more than 200 voodoo dolls.

“Low glucose relates to greater aggression in married couples,” by Brad J. Bushman, C. Nathan DeWall, Richard S. Pond, Jr., and Michael Hanus, Proceedings of the National Academy of Sciences, epub April 2014. (Thanks to Davide Castelvecci for bringing this to our attention.) The authors explain:

“Intimate partner violence affects millions of people globally. One possible contributing factor is poor self-control. Self-control requires energy, part of which is provided by glucose. For 21 days, glucose levels were measured in 107 married couples. To measure aggressive impulses, each evening participants stuck between 0 and 51 pins into a voodoo doll that represented their spouse, depending how angry they were with their spouse. To measure aggression, participants competed against their spouse on a 25- trial task in which the winner blasted the loser with loud noise through headphones. As expected, the lower the level of glucose in the blood, the greater number of pins participants stuck into the voodoo doll, and the higher intensity and longer duration of noise participants set for their spouse.”