This study required keep, persistent observatory behavior (or behaviour) on the part of the researchers:

“Evidence to suggest that nightclubs function as human sexual display grounds,” Colin A. Hendrie [pictured here], Helena D. Mannion and Georgina K. Godfrey, Behaviour, vol. 146, 2009, pp. 1331-1348. (Thanks to Neil Martin for bringing this to our attention.) The authors, at the University of Leeds, UK,  explain: 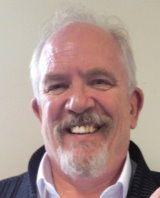 “Young, sexually mature humans Homo sapiens sapiens of both sexes commonly congregate into particular but arbitrary physical locations and dance. These may be areas of traditional use, such as nightclubs, discotheques or dance-halls or areas that are temporarily commissioned for the same purpose such as at house parties or rock festivals etc. This type of behaviour is seen in a variety of animals although there are no apparent attempts to monopolize particular areas within these locations as is often seen in species that lek. The present studies were conducted in order to investigate this phenomenon in a commercial nightclub environment. Data revealed that more than 80% of people entering the nightclub did so without a partner and so were potentially sexually available. There was also an approx. 50% increase in the number of couples leaving the nightclub as compared to those entering it seen on each occasion this was measured, indicating that these congregations are for sexual purposes…. These data reveal the effectiveness of clothing and dance displays in attracting male attention and strongly indicate that nightclubs are human display grounds, organised around females competing for the attention of males. Females with the most successful displays gain the advantage of being able to choose from amongst a range of males showing interest in them.”