Two looks at how and when lizards fall. First: 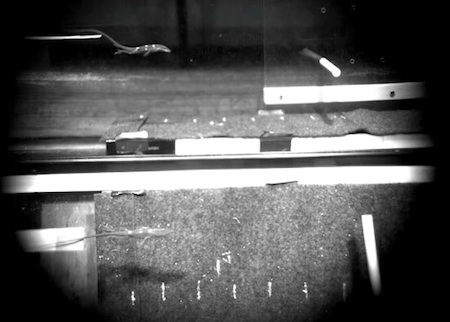 The authors explain: “Many species of the arboreal lizard genus Anolis occupy habitats in which they must jump to and from unsteady perches, e.g. narrow branches, vines, grass and leaves. Anoles therefore often use compliant perches that could alter jump performance…. We observed that lizards lost contact with compliant horizontal perches prior to perch recoil, and increased perch compliance resulted in decreased jump distance and takeoff speed, likely because of the loss of kinetic energy to the flexion of the perch. However, the most striking effect of perch compliance was an unexpected one; perch recoil following takeoff resulted in the lizards being struck on the tail by the perch, even on the narrowest perches. This interaction between the perch and the tail significantly altered body positioning during flight and landing.”

(The Anole Annals wrote an appreciation of this experiment.)

Second, a look back at lizardfall in a California oak woodland.

Third, a look back at frozen lizards falling from Florida trees.