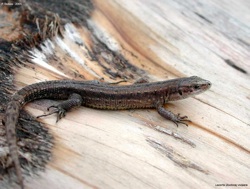 A remarkable cold snap that brought temperatures in the mid-30s to the Miami area Thursday morning also brought lizards falling out of trees at Bill Baggs Cape Florida State Park on Key Biscayne, the Miami Herald reported. “We have found dozens on the bike path after a major cold snap,” said park manager Robert Yero. “When they warm up in the sun, they come back to life.”

So says a January 8, 2000 Fox News report (of a Miami Herald report) of a phenomenon that recurs every now and again in places where lizards live and sudden cold snaps come unpredictably.

Some scientists, perhaps independently of Fox’s investigations, study lizards, and some study the cold, and a few study the intersection of the two. Here is one such study: 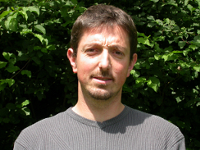 “We investigated the respiratory metabolism of the overwintering lizard Lacerta vivipara while in either supercooled or frozen states. With a variable pressure and volume microrespirometer and a chromatograph, we show that the oxygen consumption of the supercooled animals showed a nonlinear relationship with temperature and an aerobic metabolism demand between 0.5 and

(Thanks to investigator Wendy Mattson for bringing this to our attention.)