Jill Britton writes about one of the most influential of the influential puzzle-maker Sam Lloyd‘s puzzles:

One of the most popular puzzles ever created was the Get Off the Earth puzzle, invented by American’s premier puzzlist, Sam Loyd, in 1898. Over ten million copies of the puzzle were produced…. The puzzle shows a number of Chinese warriors around the rim of a circular piece of cardboard fastened at the center to a larger piece of cardboard so it can be turned. Part of each warrior is inside the circle and part is outside. When the disk is rotated from its initial position to its second position, one warrior disappears! The challenge is to explain how this “disappearing act” works…. 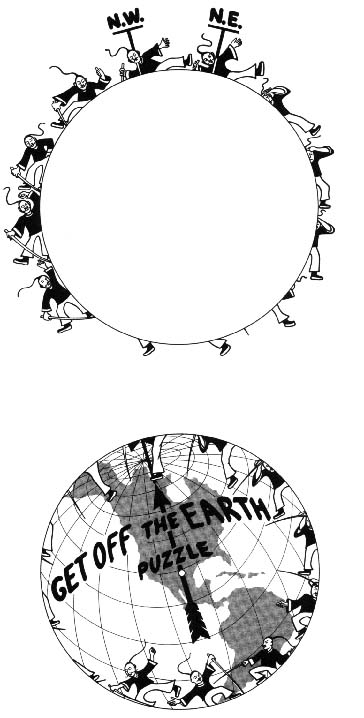