[sometimes it seems as though] As soon a new biometric security technology is developed, someone will find a way to bypass it. (see, for example, Progress in Fake-Finger Thwarting Improbable Research, April 16th, 2010).

Steps towards implementing so-called ‘liveness detection’ mechanisms, which detect inert fakes, have helped. But in an ideal world, biometricians would like to be able to develop a system in which it’s not only very hard to forge fakes, but that also has a very obvious inherent ‘liveness’ component.

Just such a system is proposed by professor David Zhang. BSc Peking, MS PhD HIT, PhD Waterloo, FIEEE, FIAPR and colleagues at the Biometric Research Centre, of The Hong Kong Polytechnic University. Their new system is based around tongue recognition. 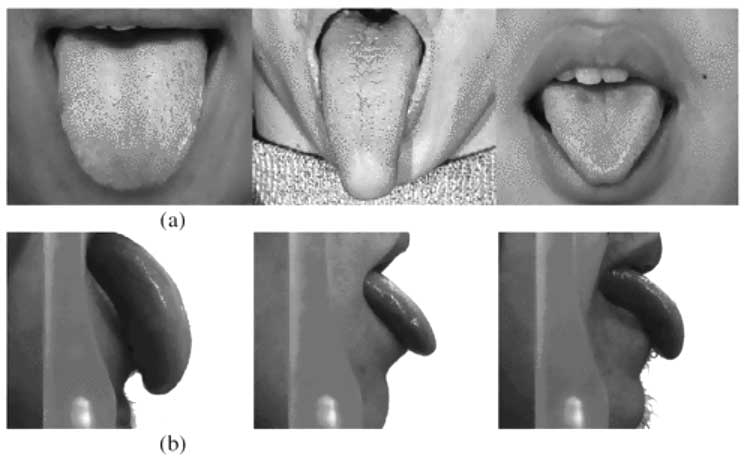 “The tongue is a unique organ in that it can be stuck out of mouth for inspection, and yet it is otherwise well protected in the mouth and is difficult to forge. The tongue also presents both geometric shape information and physiological texture information which are potentially useful in identity verification applications. Furthermore, the act of physically reaching or thrusting out is a convincing proof for the liveness. Despite these obvious advantages for biometrics, little work has hitherto been done on this topic.”

The team presented details of their work in : ‘Tongue-Print: A Novel Biometrics Pattern’ Lecture Notes in Computer Science, Volume 4642, 2007, pp 1174-1183. [press the ‘Look Inside’ button on the right hand side of the page to ‘Look Inside’] Two years later professor Zhang et al. applied for a US patent on the idea – and, despite the fact that considerable detail had been publicly revealed in their paper two years earlier, they were granted their patent: ‘Method and system for identifying a person based on their tongue’ in 2013. The patent provides further details on the  built-in liveness aspect, which the authors call ‘squirm’.

“An involuntary squirm of the tongue to detect whether the person is alive may be determined by capturing the images from a front view of the tongue protruding from the mouth and naturally spread.“

Note: If the technology ever becomes mainstream, say, for example, to log-on to your mobile, or start your car, or withdraw cash at an ATM, there could be public etiquette issues – which neither the paper nor the patent discuss.