Daisuke Inoue of Hyogo, Japan, was awarded the 2004 Ig Nobel peace prize for inventing karaoke, thereby providing an entirely new way for people to learn to tolerate each other. For the very few of our readers who might not know what karaoke is – we offer this description :

‘It’s a form of interactive entertainment in which amateur singers sing along with well known popular music recordings which have been re-recorded (or remixed) in the form of a backing track, i.e. with the original vocal tracks removed.’ 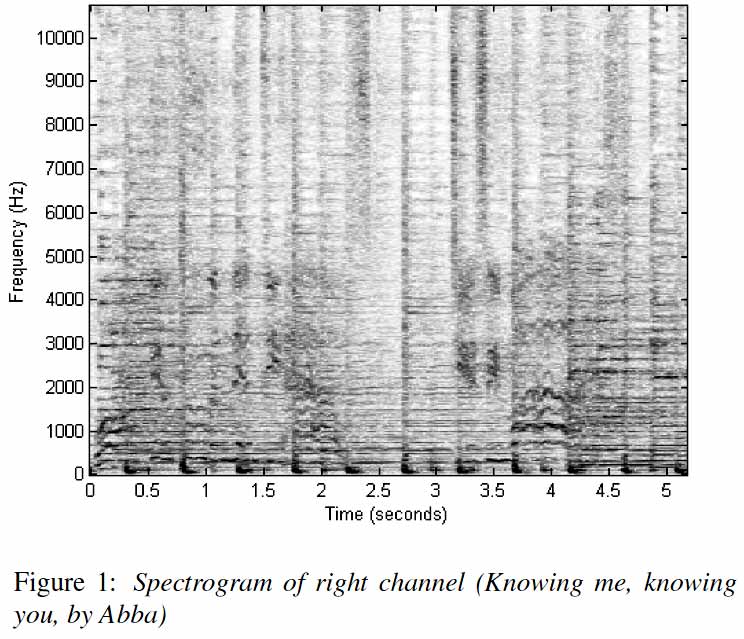 But what are the options if you’re after the opposite – a standalone vocal track with the backing track removed? Creating, in other words, what might be called a ‘Reverse Karaoke’ recording? Without access to the original multitrack master, removing everything except the vocals can sometimes be a surprisingly difficult job – one which has caught the attention of researchers of the Audio Research Group at the Dublin Institute of Technology, where researcher Dr. Derry FitzGerald Ph.D., M.A., B.Eng.has developed a Digital Signal Processing (DSP) technique to perform just such a task. Details are presented as part of the Proceedings of the 16th International Conference on Digital Audio Effects (DAFx-13), Maynooth, Ireland, September 2-4, 2013. see: STEREO VOCAL EXTRACTION USING ADRESS AND NEAREST NEIGHBOURS MEDIAN FILTERING [their caps, & ADRESS is the correct spelling]

‘Knowing me Knowing You’ (ABBA) – original.