If you are a dentist, or have ever met one, hark back with us to the days of yesteryear, as recounted in this treatise:

In the writeup, details are sketchy, yet legion: 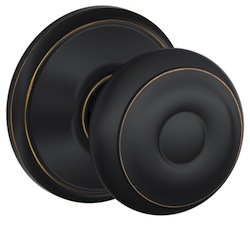 There are many variations of the string extraction motif reflected in popular art. They run a full spectrum, from pictures of a simple tug, to fantasies of the tooth-bound cord attached to a rocket blasting off.

One of the most common depictions involves tying the string to a doorknob, then heaving the door shut. Among the more dramatic versions is a drawing in which the twine is knotted to the caboose of a departing train. Another representation shows a dog as energy source for a tooth’s dislodging. A purportedly true story describes the technique of Dr Messenger Monsey (1693 to 1788), a famous medical eccentric. Monsey lashed a tough length of catgut around his own tooth to be extracted. At the other end he connected a bullet. He next loaded a pistol with the ball and a full measure of powder and fired the gun….

Tooth removal with string is a simple and vivid concept. String extraction graphically enhances the drama of, even symbolizes, the “pulling” of a tooth. Indeed, its continuing popular esteem may lie in its usefulness as a metaphor for all extraction. No training is required. The method is noninvasive; no needles or forceps are involved. The patient and practitioner alike can distance themselves, psychologically and physically, from something potentially unpleasant….

An Egyptian dentist was once reputed to have the ability to remove teeth with a common skeleton key and a piece of twine “with great dexterity and rapidity.“ If such effortless uprooting is possible, why resort to anything more frightening or complicated?