“Effects of Warming Temperatures on Winning Times in the Boston Marathon,” Abraham J. Miller-Rushing, Richard B. Primack [pictured here], Nathan Phillips, Robert K. Kaufmann, PLoS ONE 7(9): e43579. (Thanks to investigator Sylvie Coyaud for bringing this to our attention.) The authors, at Boston University, explain: 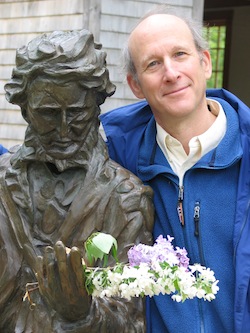 “It is not known whether global warming will affect winning times in endurance events, and counterbalance improvements in race performances that have occurred over the past century. We examined a time series (1933–2004) from the Boston Marathon to test for an effect of warming on winning times by men and women. We found that warmer temperatures and headwinds on the day of the race slow winning times. However…

Here’s some detail from the study: 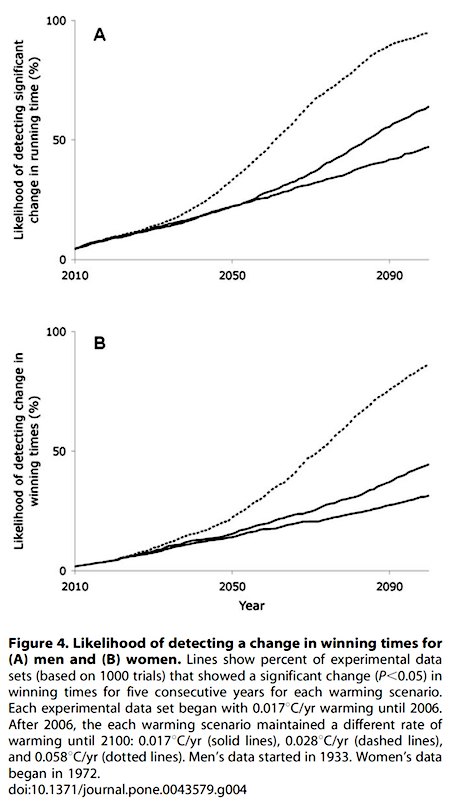