Cars on highways collide with and kill millions of animals, all over the world (though in Antarctica it happens rarely). Small animals, especially birds, can go unnoticed as they lie beside a road, in the forest or on the hard shoulder. But larger animals, especially mammals, can remain (in the form of “remains”) on the road for some time. They will be crushed by the tires of the passing cars and turned into “road pizzas” before they, eventually, disappear.

In some countries dead animals can face a commemorative fate: falling ‘prey’ to the road liners — the machines that pain a stripe down the middle of a road. The road kills become part of the process, part of the road, and a visible part of the history of that road. In the USA, raccoons, skunks, opossums and armadillos fall prey to the road liners, in Europe it’s more badgers, foxes and hedgehogs. Australia has its own distinctive set of commemorated animals. Let the photos speak for themselves. (For more photos of painted roadkills, see my blog.) 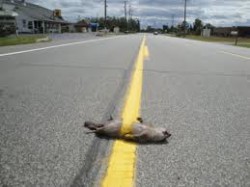 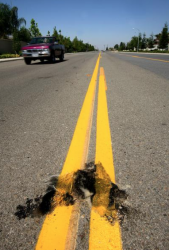 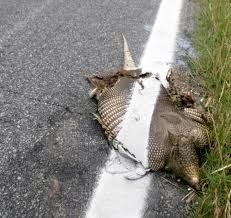 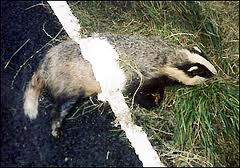 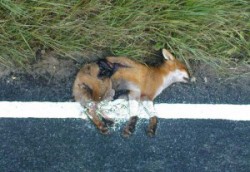 Sometime, the road liners, confronted with a dead mammal, stop the machine and proceed after passing the corpse. This will give the road user a totally other view, as in the picture below. 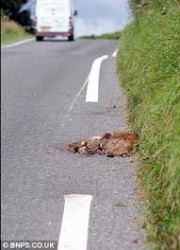