Scholars in the field of cultural studies have curiosity that is wide-ranging. Witness this new study:

“Joseph Pujol, the ‘Pétomane’ performed to packed audiences at the Moulin Rouge in the early 1890s. By 1906 one of his contemporaries would remark that ‘this artist’s specialty was no longer in fashion’. When legal battles occurred between Pujol and the Moulin Rouge, newspaper commentaries were filled with hilarity that a man whose anus was the source of his income was now trying to gain a fortune from it. What might the spectacular anus of Pujol, and its pecuniary trials and tribulations, tell us about bodily imagination in late nineteenth-century France? Pujol’s idiosyncratic career has rarely been considered as an historical object; and when it has, the gaze has been light-hearted and filled with puns, much like those that surrounded him in his lifetime. But if the temptation to giggle is resisted for a moment, the Pétomane can teach us much about symbolic meanings that were ascribed to the anus in late nineteenth-century Paris.” 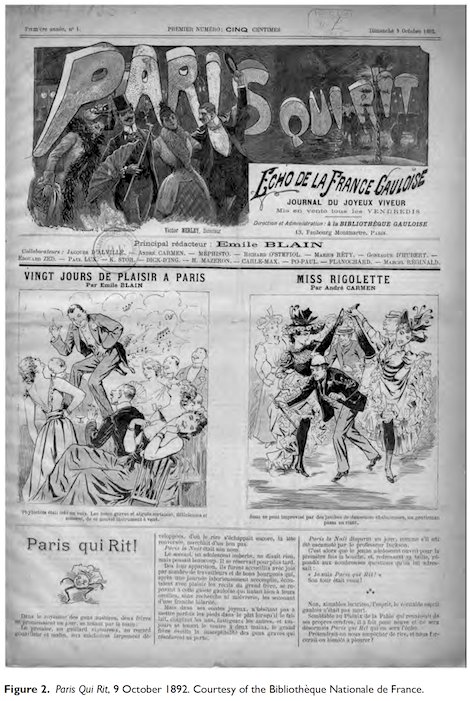