In 2009, researchers at the Department of Atmospheric Sciences, of the University of North Dakota, US,  presented (in association with the Instrumentation Sciences Branch, NASA Goddard Space Flight Center) details of their Snowflake Video Imager (SVI). It was fully described in a paper for the Journal of Atmospheric and Oceanic Technology.

The imager, which linked a CCD camera to a PC running specialised snowflake recognition software was not only able to classify snowflakes (as defined by the 1951 International Snowflake Commission) . . . 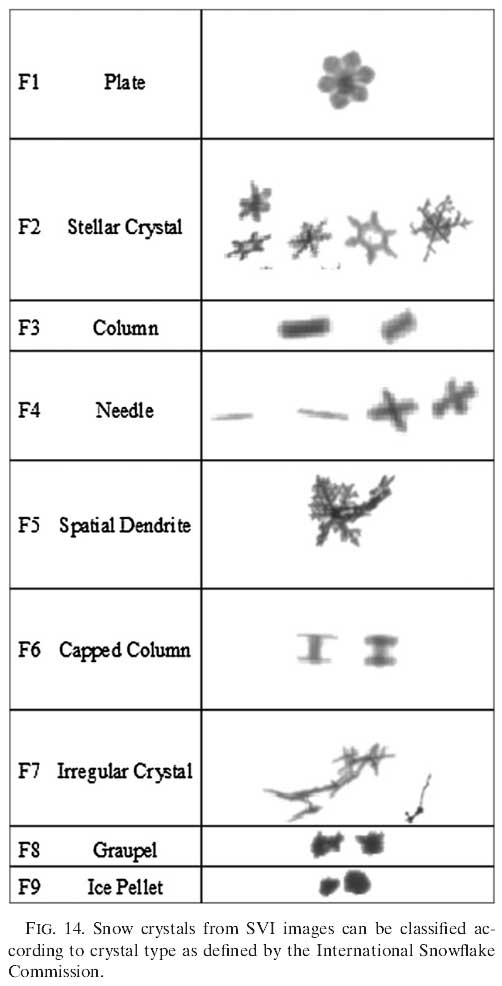