A letter in BMJ suggests a reason why so many men in Britain seem to be pregnant: 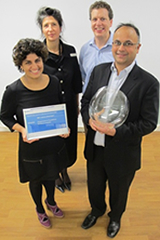 “We were quite surprised to discover that many males seem to be attending outpatient obstetrics, gynaecology, and midwifery services. Amazingly, between 2009 and 2010, there were over 17 000 male inpatient admissions to obstetric services and over 8000 to gynaecology with nearly 20 000 midwife episodes. These statistics seem to reveal some interesting service developments, but, although we applaud innovation, we suspect that the numbers may, at least partly, reflect data errors.”

This figure shows ” Male inpatient admissions to obstetrics and gynaecology, as well as midwife episodes”: 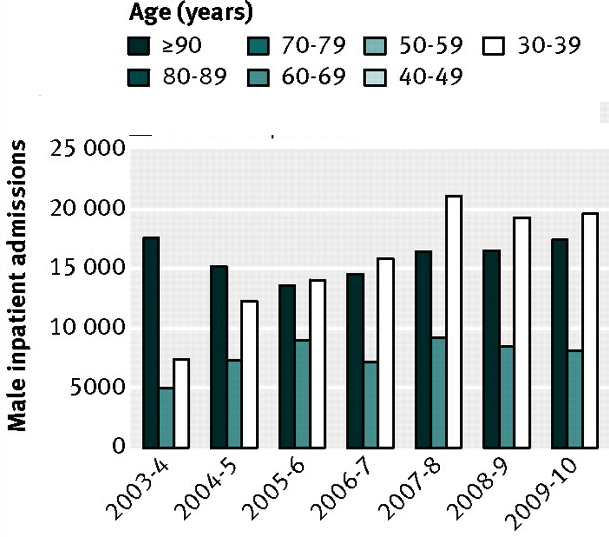