The British edition of The Metro reports (in an article derived from reporting by The Sun:

Vicar hospitalised with potato up his bum

A vicar claims a potato got stuck up his bottom after he fell on to the vegetable while hanging curtains in the nude. 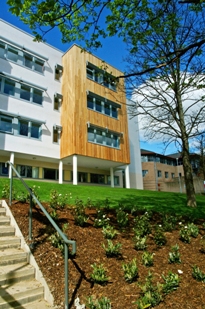 The clergyman, in his 50s, told medical staff at Sheffield’s Northern General Hospital [pictured here] that the accident was definitely not due to a sex game….

A&E nurse Trudi Watson said: ‘He explained to me, quite sincerely, he had been hanging curtains naked in he kitchen when he fell backwards on to the kitchen table and on to a potato. But it’s not for me to question his story.’

BONUS:  The rectum of the Bishop of Durham, preserved in a museum.