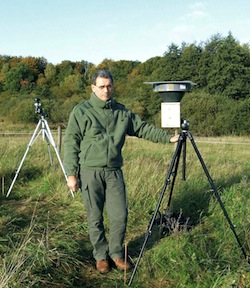 In a relative sense, zebra stripes repel horseflies. That’s the latest discovery reported by Gábor Horváth [pictured here], who discovered that white horses attract fewer flies, and that Vikings knew a thing or two about how to use light for ship navigation. For details, see the study:

“The characteristic striped appearance of zebras has provoked much speculation about its function and why the pattern has evolved, but experimental evidence is scarce. Here, we demonstrate that a zebra-striped horse model attracts far fewer horseflies (tabanids) than either homogeneous black, brown, grey or white equivalents.”

Victoria Gill of the BBC offers a take on this:

Why zebras evolved their characteristic black-and-white stripes has been the subject of decades of debate among scientists. Now researchers from Hungary and Sweden claim to have solved the mystery. The stripes, they say, came about to keep away blood-sucking flies. They report in the Journal of Experimental Biology that this pattern of narrow stripes makes zebras “unattractive” to the flies. They key to this effect is in how the striped patterns reflect light…. 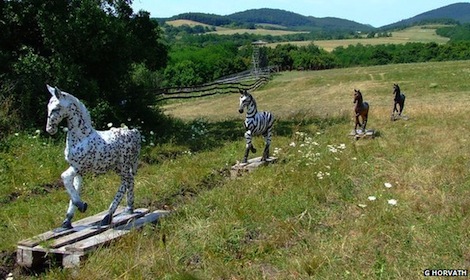 (Thanks to investigator Hugh Henry for bringing this to our attention.)