The American Psychological Association has lots to say about the online dating industry, and is rushing to say it just as Valentine’s Day approaches:

New Scientific Report Finds Some Positives, Many Areas for Improvement
The report card is in, and the online dating industry won’t be putting this one on the fridge. A new scientific report concludes that although online dating offers users some very real benefits, it falls far short of its potential….

2. The study described in the press release:

Online Dating: A Critical Analysis From the Perspective of Psychological Science

Here is some detail from the study: 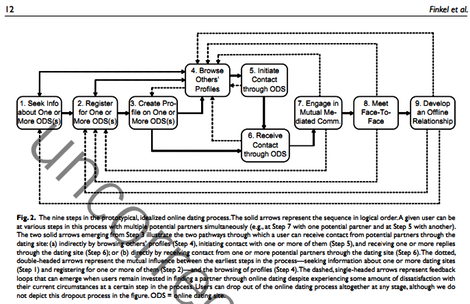 3. An announcement that they will soon have an editorial about the study described in the press release:

Editorial: Online Dating: The Current Status —and Beyond