A new paper has been published regarding the significance of 2D:4D (the length ratios of the 2nd (index finger) and 4th (ring finger).

Their research paper : Second to fourth digit ratio and the sporting success of sumo wrestlers is in press at the journal Evolution and Human Behavior 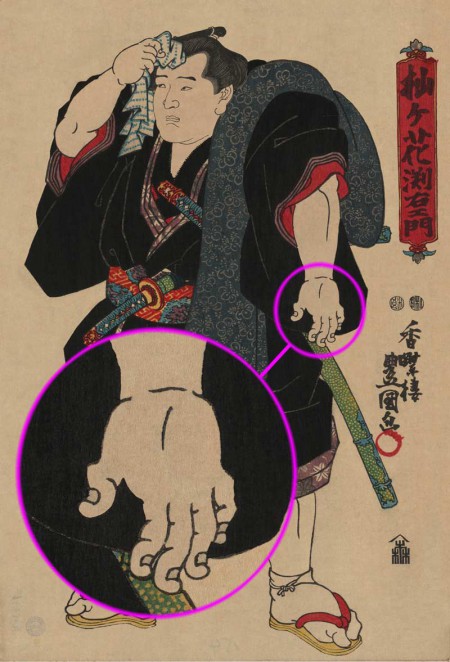 The image above (via Wikipedia) is a photo of a woodcut print (circa 1850) depicting the famous Sumo wrestler Somagahana Fuchiemon. Improbable has digitally enhanced the wrestler’s left hand, clearly showing Fuchiemon’s 2D and 4D ratio – from which conclusions may be drawn.