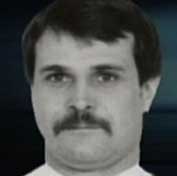 A new PBS Frontline documentary looks at the morass of accusations — about anthrax terrorism — aimed at two US government scientists, Bruce Ivins and Steven Hatfill, who worked at Fort Dietrick, Maryland. The case against either man has turned out to be less than clear. In all the media discussion of this case, almost no one has discussed the role of facial hair.

Hatfield and Ivins both sported mustaches at times, as the photos here document. Ivins is the one wearing a tie. 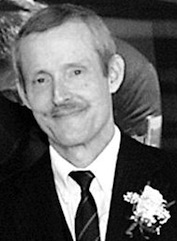 In the 1960s, three scientists at Fort Dietrick’s Industrial Health and Safety Office did an experiment. Manuel Barbeito, Charles Mathews, and Larry Taylor determined by experiment that microbes cling to bearded scientists.

Their published study (which is available online, to anyone) is  “Microbiological Laboratory Hazard of Bearded Men,” Manuel S. Barbeito, Charles T. Mathews, and Larry A. Taylor, Applied Microbiology, vol. 15, no. 4, July 1967, pp. 899–906. (The team was awarded the 2010 Ig Nobel Prize in public health for this.)

We do not know how — or even whether — Ivins’s and Hatfill’s mustaches enter into the ever-muddling anthrax investigation picture. (We do not know what facial hair either wore during his time at Fort Dietrick.) But at the least (which could be quite miniscule), it raises questions no one has asked publicly about how carefully Fort Dietrick has lived up to its own, pioneering, microbial safety standards. Those standards became the basis for safety standards now used in laboratories around the world that handle microbes known to be dangerous to humans.

And if those safety standards were followed iffily, what of other standards?

BONUS: Manuel Barbeito’s lecture at the 2011 annual meeting of the American Association for the Advancement of Science, in Washington, DC., and the parade of bearded scientists who greeted and saluted him.