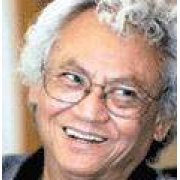 Steven Ng-Sheong Cheung, because of his adventure with the legal system – not despite it – sets a high standard for economists. The economics profession is often accused of concocting clever theories that don’t resonate in the lives of real people. Professor Cheung devised a theory about man’s struggle with corruption and governments. He wrote about his theory, with relish. The US government shone a spotlight on Professor Cheung’s thoughts, when it issued a warrant for his arrest.

Back in 1996 Professor Cheung – who was then head of the University of Hong Kong’s School of Economics and Finance, and an economist at the University of Washington in Seattle, in the US – published a paper called A Simplistic General Equilibrium Theory of Corruption, in the journal Contemporary Economic Policy.

The very first sentence of that paper says: “The author’s simplistic view of corruption is that all politicians and government officials – like everyone else – are constrained self-maximizers. They therefore establish or maintain regulations and controls with the intent to facilitate corruption, which then becomes a source of income for them.”