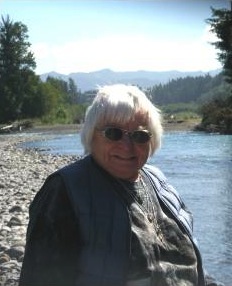 The American Cancer Society disagrees (passive-unaggressively) with a former editor of the Journal of the American Medical Association (JAMA) about a particular therapy.

George Lundberg, former editor of JAMA, looks back today at the Ig Nobel Prize awarded in 1998 to Dolores Krieger [pictured here], the researcher who championed the idea of “therapeutic touch“:

In 1998, we published a paper in JAMA entitled “A Close Look at Therapeutic Touch” by four authors, lead author Emily Rosa, at that time 9 years old. The study was for a fourth grade science project. JAMA had no policy as to whether authors needed to be above or below any particular age, of a certain gender, skin or eye color, place of birth or sexual orientation. It was the quality and relevance of the science that mattered to us. After a few rounds of peer review and revision, we published it on April 1, 1998.

By theory, TT practitioners should be able to detect while blinded an energy field 100% of the time. In this experiment, the investigators demonstrated that trained practitioners of TT, when blinded, had a 50% chance of detecting an energy field. Pure chance; bah, humbug.

Needless to say, there was not a uniform reader response. But Emily received the 1998 Ig Nobel Award at Harvard, and delivered the Ig Nobel address at MIT.

The science in that article has so far stood that test of time for 13 years.

Click on the image below to see and hear Dr. Lundberg in action:

But… the American Cancer Society, on its cancer.org, says (also now, in August 2011):

Are there any possible problems or complications?

Therapeutic Touch is generally considered safe when given by trained professionals. Some of the reported side effects include nausea, dizziness, restlessness, and irritability. Relying on this treatment alone and delaying or avoiding conventional medical care for cancer may have serious health consequences.