Reminiscent, in a general way, of the film Snakes on a Plane, here are two recent (or fairly recent) instances of scary (if you find them scary) animals interacting with humans inside a machine.

Bat on a plane

The CDC [Centers for Disease Control] said the flight returned to the Madison airport after the bat began flying through the cabin. The bat made several passes before passengers were able to trap it in the airplane lavatory, but the animal got away before authorities could collect it. As a result, health officials were unable to test the bat to determine if it was rabid. Officials now want to alert the 50 passengers on the flight about the possible risk. The CDC said it has been able to contact 14 passengers and is trying to reach 36 others. [SEE VIDEO OF IT, BELOW] [Quote is from the Atlanta Journal-Constitution. Via The Further Adventures of Germ Girl]

Snake in an MRI tube: 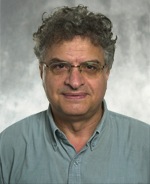 “Fear Thou Not: Activity of Frontal and Temporal Circuits in Moments of Real-Life Courage,” Uri Nili, Hagar Goldberg, Abraham Weizman and Yadin Dudai [pictured here], Neuron, vol. 66, no. 6, June 24, 2010, pp. 949-962. The authors, at the Weizmann Institute, explain (and also present video of): “In this study, volunteers who fear snakes had to bring a live snake into close proximity with their heads while their brains were scanned using functional magnetic resonance imaging (fMRI). Bringing the snake closer was associated with a dissociation between subjective fear and somatic arousal.”

Click on the image below to see the authors discuss (and briefly demonstrate) the snake/MRI experiment:

Here’s video of the bat on the plane:

BONUS: Highlights from Snakes on a Plane:

“Passengers aboard a Moscow-bound Boeing 757 flying from Blagoveshchensk were in for a nasty shock when bees started buzzing around the cabin mid-flight, Yakutia Airlines said Thursday. A tipsy business-class passenger, it turned out, had smuggled two beehives on board at the request of the Blagoveshchensk airport’s deputy director, who wanted them shipped to Moscow. The shipment did not go smoothly, though. As soon as the Yakutia jet reached cruising altitude, the bees began to creep out of the two cardboard boxes that served as their hives, the airline said by e-mail.”

BONUS: The flight of the bumblebee: