Sanford Wallace, who proudly and perhaps correctly claims credit for the early growth spurt of computer spam, is having yet another adventure with the legal system. Wallace likes to be called “Spamford”. He was awarded the 1997 Ig Nobel Prize in the field of communications. The Ig Nobel citation read “neither rain nor sleet nor dark of night have stayed this self-appointed courier from delivering electronic junk mail to all the world.” Today, August 5, 2011, the Los Angeles Times reports: 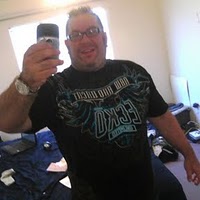 Sanford Wallace, a.k.a. the “Spam King,” surrendered to the U.S. Federal Bureau of Investigation on Thursday after being indicted on criminal charges for sending millions of unsolicited messages on Facebook.

The U.S. Department of Justice said a federal grand jury in San Jose indicted Wallace, 43, of Las Vegas, on multiple counts of fraud, intentional damage to a protected computer and criminal contempt. Wallace appeared in court Thursday and was released on a $100,000 bond, according to the DOJ. His next court appearance is Aug. 22. He could get more than 16 years in prison if convicted. His attorney, K.C. Maxwell, declined to comment.

Facebook was elated. “We applaud the efforts of the U.S. Attorney’s Office and the FBI to bring spammers to justice,” Chris Sonderby, Facebook’s lead security and investigations counsel said in an e-mailed statement…. Wallace has now taken up residence on Google+.