One of Prather’s diagrams is reproduced below. The proposal is not entirely different from the deadpan, intentionally insane proposal, made about 1825, to build a vacuum tube tunnel connecting London and Edinburgh, which we described recently. 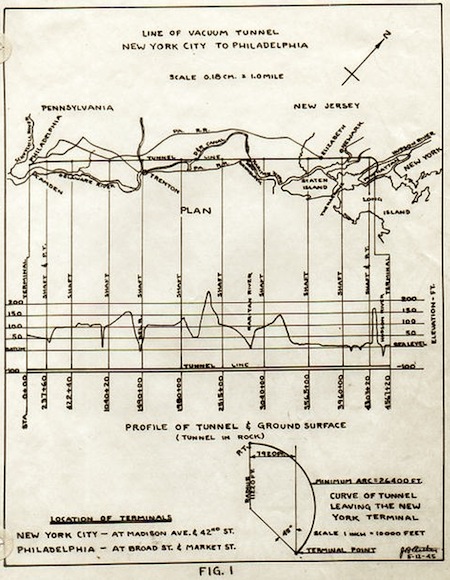 BONUS: An earlier proposal would have built a system that zipped people between New York and San Francisco. Details are in the article “Five Hundred Miles an Hour“, by Boris Weinberg, Popular Science Monthly, vol. 90, 1917, pp. 705-708.