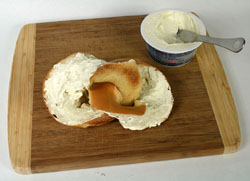 It is not hard to cut a bagel into two equal halves which are linked like two links of a chain. 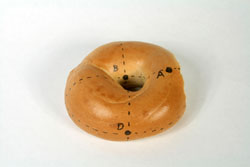