An inventor identifies a longstanding need for his invention:

It is even believed that Mozart’s permanent state of bankruptcy can, for a great part, be accredited to his love for the game, combined with the vast amount of money people used to play for at that time in Vienna. On the one hand one can argue that this was a good thing, urging Mozart to share his music to support his other addiction, on the other hand he probably would have benefited from some kind of personal billiard trainer. 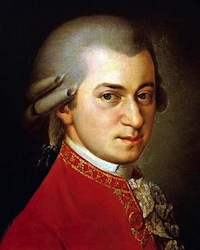 Mozart — who loved the game of billiards and was an exceptional aficionado of the game while playing it with little skill — enjoyed composing on the table as well,  rolling balls in geometric patterns across it while working. To observers it might have seemed as though he was interested in the patterns themselves; it delightfully turns out that what he was really looking at were the changing reflections in the surface of the balls.