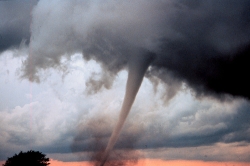 “The accounts we have found identify a smell of sulfur, similar to that of a newly lit match, as a feature of some tornadoes. We present some of them… in the hope they will stimulate new interest in this puzzling phenomenon.”