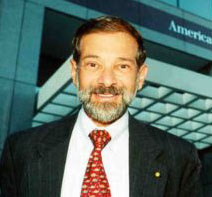 Albert H. Teich, a director at the American Association for the Advancement of Science, suggests the capacity to be dull is an evolutionary adaptation for self-preservation.

“If your article is boring, no one will read it,” says Teich. He says a recent study in Physics World found 90 per cent of all scientific papers are never cited and as many as 50 per cent are only viewed by their authors, referees and editors.

“If your article isn’t read or cited, it can’t be criticized or refuted, but you can still list it on your CV. And the longer your list of publications, the better your prospects.”

— from the Canadian News Service article “Greatest enigma of our time: How do scientists write such boring stuff?,” May 25 2007