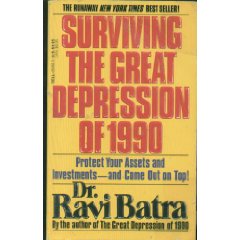 I’m either (1) gratified that someone’s decided to test their pet Artificial Intelligence thingamabob by sending a message to us, or (2) disappointed that there are apparently humans who fail the Turing Test.

We received the following unsigned message:

Dear Improbable Research, Can you take back or un issue an “Ig Noble” Prize? More importantly, will you accept an “Un Ig Noble” prize or at least an acknowledgement of your true hidden genius? Nice job Professor Batra! After reading the Ig Noble prize book and your ability to forecast is great. I hope you receive the praise you deserve. You had it right, just the years weren’t nice to you! Improbable research folks need to be sure that these kinds of things can’t happen before issuing an “Ig Noble” prize. I still enjoyed the book immensely. Thanks for the ironic turn of events professor! Would the “poh poh girl give such a genius a “I’m bored” still? Have fun to all!

Given Professor Batra’s history of economic prognostication, the primary thing we can take away from his latest book, A New Golden Age, is that the current economic difficulties will likely continue until 2027.