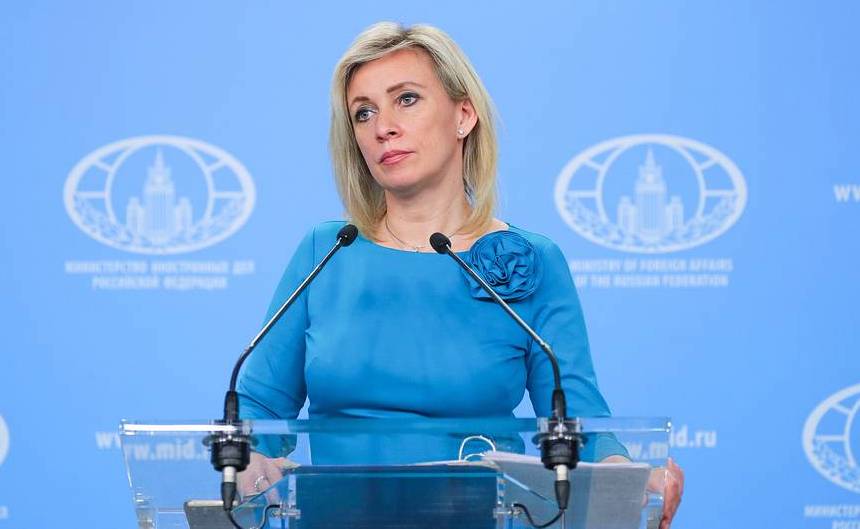 The Russian Foreign Ministry issued a statement yesterday (October 12, 2022) that led people to assail us, the organizers of the Ig Nobel Prize Ceremony, with a question. Their question: Did the Russian government announce or imply that the Ig Nobel Peace Prize has been awarded to the government of the USA, because of the war in Ukraine?

The Foreign Ministry statement is, in a word, kooky.
Here, below, is the explanation.

The Foreign Ministry’s official spokesperson, Maria Zakharova (pictured here), made a public statement. Her statement was reported by Tass and other Russian information outlets, including Sputnik.

We asked Russian friends to track down the audio recording of Maria Zakharova making her statement. Here is what they said: “We found the audio broadcast and listened to that specific part. She is not very eloquent, and the meaning is sometimes difficult to understand. The original makes even less sense than the machine translations.”

Maria Zakharova’s announcement, by any of its interpretations, is kooky.

We, the Ig Nobel Board of Governors, are issuing this statement — which you are reading now — to correct that kooky announcement from the Russian Foreign Ministry.

Clearly, someone has been supplying false, nonsensical information to the Russian Foreign Ministry.

The Ig Nobel Prizes honor achievements that make people LAUGH, then THINK. Ten new prizes have been awarded each year, beginning in 1991. The 2022 Ig Nobel Prizes were announced four weeks ago, on September 15.

The 2022 Ig Nobel Peace Prize was awarded to Junhui Wu, Szabolcs Számadó, Pat Barclay, Bianca Beersma, Terence Dores Cruz, Sergio Lo Iacono, Annika Nieper, Kim Peters, Wojtek Przepiorka, Leo Tiokhin and Paul Van Lange, for developing an algorithm to help gossipers decide when to tell the truth and when to lie.
They documented their research, in the study “Honesty and Dishonesty in Gossip Strategies: A Fitness Interdependence Analysis,” published in the journal Philosophical Transactions of the Royal Society B (vol. 376, no. 1838, 2021, 20200300).

The full list of new and past Ig Nobel Prize winners is at <https://improbable.com/ig/winners/>

The most recent Russian winner of an Ig Nobel Prize was Vladimir Putin, who shared the 2020 Ig Nobel Prize for Medical Education with the leaders of eight other nations. That prize was awarded to Jair Bolsonaro of Brazil, Boris Johnson of the United Kingdom, Narendra Modi of India, Andrés Manuel López Obrador of Mexico, Alexander Lukashenko of Belarus, Donald Trump of the USA, Recep Tayyip Erdogan of Turkey, Vladimir Putin of Russia, and Gurbanguly Berdimuhamedow of Turkmenistan, for using the Covid-19 viral pandemic to teach the world that politicians can have a more immediate effect on life and death than scientists and doctors can.