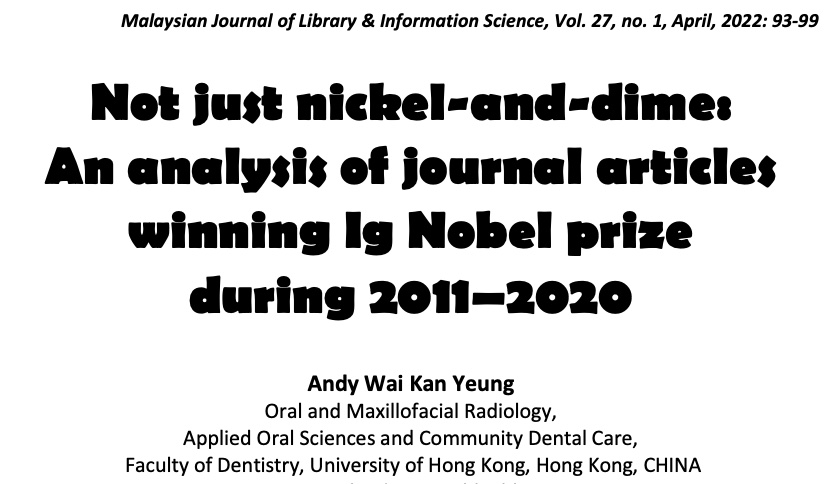 Dr. Andy Wai Kan Yeung (pictured here, below) of the University of Hong Kong analyzed several years’ worth of Ig Nobel Prize-winning studies. He published a paper telling how he did it, and what he found. You can download the paper. Here’s the citation: 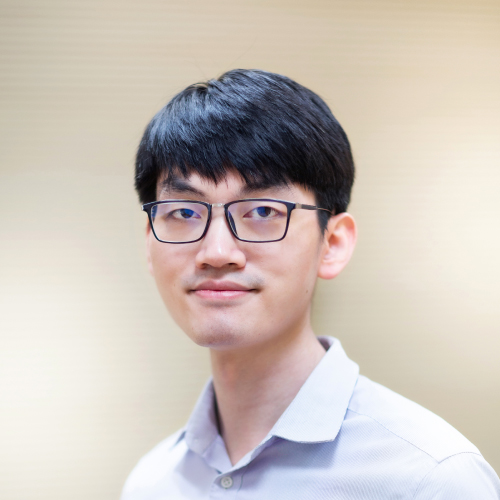 There were 89 Ig Nobel prize-winning journal articles indexed by Scopus. On average, they were cited 42.5 ± 102.4 times, published in journals with mean impact factor of 3.476 ± 4.102, and mentioned 947.3 ± 2887.2 times and 263.2 ± 502.7 times on Facebook and Twitter, respectively. Over half of them were published in the first quartile journals and awarded within 2 years since publication.Though Ig Nobel prize was originally intended to be satirical, prize-winning articles themselves were indeed impactful in the academia.

It has been suggested that “mentioned 947.3 ± 2887.2 times” is a statistical rarity worth pondering.