Some homeowners in the USA deploy more Christmas ornamentation than other homeowners, a statistical fact explored in a study, published in 1987, about one of the statistical outliers. 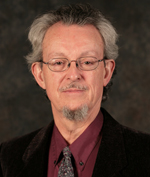 That study is: “It’s the Thought That Counts: A Case Study in Xmas Excesses“, Richard W. Pollay, Advances in Consumer Research, vol. 14, 1987, pp. 140-143. The author, at the University of British Columbia, Canada, reports:

The old house sits across the street from the most prestigious art gallery in the region, and from early October until January it is decorated with Christmas decorations covering every square inch of available space, inside and out. This attracts a steady stream of cars and pedestrians rubbernecking at the enormous display that many find garish and excessive. Even when the other homes have their holiday decorations up, there remains a striking contrast between the character of the street and this one house….

PUBLIC REACTION—As we might imagine, the children of the neighborhood and in her classes all find this wonderful, quite literally, and are less prone than the adults to be taken aback at the unusualness of it all.

[The homeowner] is less satisfied these days with the respect and interest paid by the reporters and media. She had received a growing amount of attention over the years. First the local newspaper did an annual story, some years supplemented with a feature piece in a regional magazine or the large metropolitan newspaper from nearby Hartford, the state capitol. By 1984 she was appearing as an item on TV news and that year was on a national network. But in 1985, media interest slackened, frustrating her. Even the local media see less interested as, to those reporters who have covered the item once before, the story was no longer new news.