David Jones some years ago assaulted humanity’s embarrassing lack of understanding of why moving bicycles are so stable. Jones performed a series of experiments, from which he learned some surprising things. He revealed them in this article: 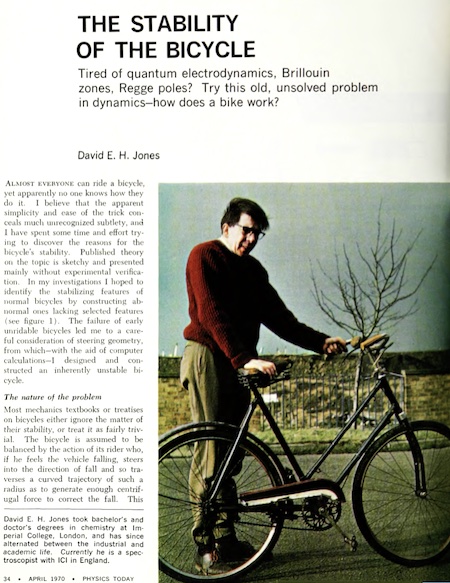 (Thanks to Catherine Klauss and Davide Castelvecci for bringing this to our attention.)

BONUS: Here’s a video made much later by Andy Ruina, addressing advances on the bicycle question forty years after David Jones had brought the physics world up to cruising speed: