The effort to train ferrets to recognize virus odor in mallard duck droppings may be paying off, suggests a new study. 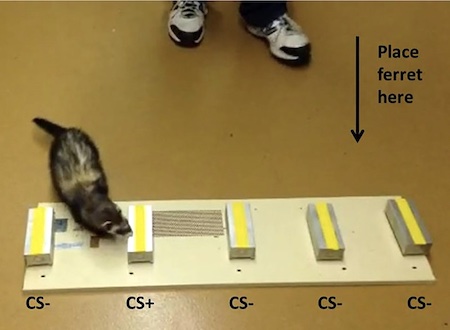 “A final experiment revealed that trained ferrets could detect AIV infection status even in the presence of samples from mallards inoculated with Newcastle disease virus or infectious laryngotracheitis virus. These results indicate that mammalian biodetectors are capable of discriminating the specific odors emitted from the feces of non-infected versus AIV infected mallards, suggesting that the health status of waterfowl can be evaluated non-invasively for AIV infection via monitoring of volatile fecal metabolites.”