The Ig Nobel Prizes have again wandered into a crossword puzzle, this time as a clue in the January 23, 2021 puzzle in the Wall Street Journal. The clue for one of the across words is: 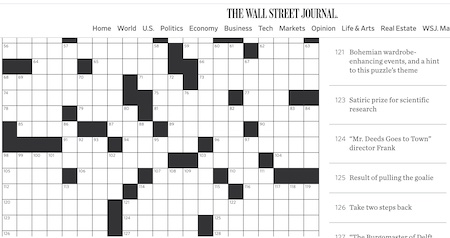 The Igs have also been an answer on the Jeopardy! TV program eight times or so.

(Thanks to Steven Adelman for bringing this to our attention.)