This paper seems meant to raise questions. Likely it does: 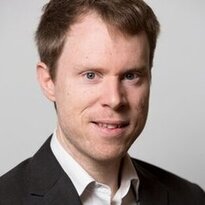 “Painlessly Killing Predators,” Ben Bramble [pictured here], Journal of Applied Philosophy, epub 2020. (Thanks to Achim Reisdorf for bringing this to our attention.) The author explains:

Perhaps the best written sentence in the entire paper is:

“Suppose what I’ve had to say so far is right.”