A notedly bacteria-friendly currency was targeted by counterfeiters who themselves were targeted by Romanian government officials. “Romanian officials shut down largest counterfeiter of polymer notes” trumpets a headline in Coin World, on July 13, 2020. The report goes on to say: 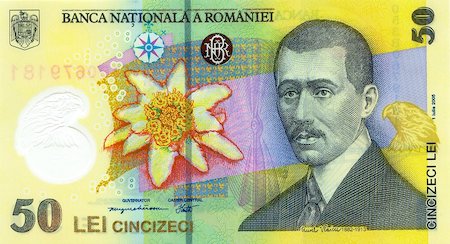 “Romania’s Directorate for Combating Organized Crime and Terrorism (DIICOT) released the news… Raids on five homes in Bucharest and nearby Busteni resulted in the arrest of three suspects. The counterfeiting group began operations in Spring 2014. Since then it made and passed over 17,000 100-lei bank notes, each equal to $23.17. DIICOT said in a statement, “In a relatively short time, the group’s leader managed to produce the best counterfeits in Romania’s history and become the biggest forger of plastic banknotes in the world.”

The 1999 Ig Nobel Prize for economics was awarded to Habip Gedik, Timothy A. Voss, and Andreas Voss, for testing which country’s paper money is best at transmitting dangerous bacteria.

They documented their research, in the study “Money and Transmission of Bacteria,” Habip Gedik, Timothy A. Voss, and Andreas Voss, Antimicrobial Resistance and Infection Control, vol. 2, no. 2, 2013. The study says:

“Our experiments showed that the polymer structure of the Romanian Leu banknote allows growth and transmission of multi-drug resistant pathogens. This, in theory, could contribute to the transmission of microorganisms within the Romanian community. Countries using polymer-based banknotes should take this into consideration…”