The 1999 Ig Nobel Literature Prize was awarded to The British Standards Institution, for its six-page specification (BS-6008) of the proper way to make a cup of tea. 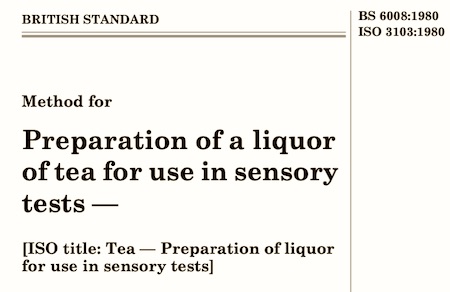 There seems to be disagreement, newly flaring, as to the proper British way to make a cup of tea. The Guardian reports on this, with the headline:

Michelle from North Carolina made this video, which was the butterfly that caused the potted tea tempest: