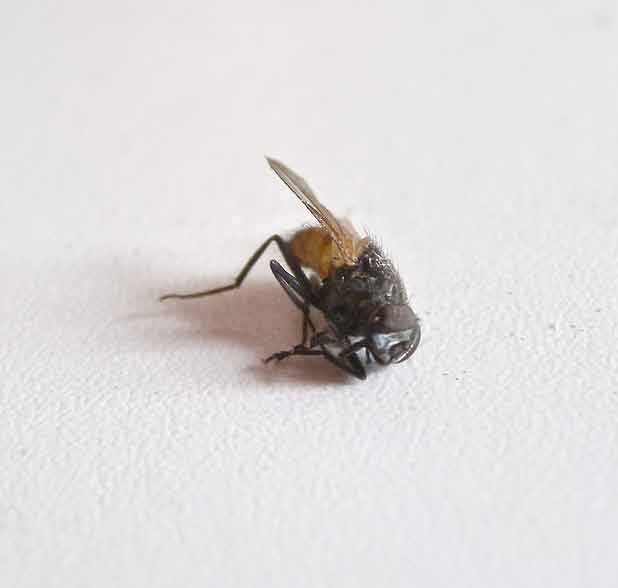 When it comes to the question of the optimum droplet diameter for deposition on dead flies (in woodland), there aren’t many pertinent research papers. Possibly only one. A 2009 study from R. T. Jarman of Chesterford Park Research Station, UK, recounts attempts, by experiment, to find out.

“An experimental laboratory study of the deposition of droplets on dead house-flies (Musca domestica L.) was made, using a spinning-top sprayer to produce a spray of uniformly sized oil droplets and a cascade impactor to measure the concentration of the spray of droplets, which were dyed. The deposits obtained on a dead house-fly and a cascade-impactor slide when these were exposed in turn to a wind of 1 m. per sec. in a wind tunnel were compared colorimetrically, and determinations thus made of the collection efficiency of the flies, defined as the volume of liquid deposited on an object expressed as a percentage of the volume that would have passed through the same cross-section as the object had that not been there.”