Dr. Jack Van Impe, who discovered the link between black holes and Hell, has crossed the event horizon. He has died, according to news reports.

In 2001, Dr. Van Impe and his wife, Rexella, were awarded the Ig Nobel Astrophysics prize, for their discovery that black holes fulfill all the technical requirements to be the location of Hell. They revealed their discovery on the March 31, 2001 television and Internet broadcast of the “Jack Van Impe Presents” program. (If you can track down the video, you will see it at about the 12 minute mark). 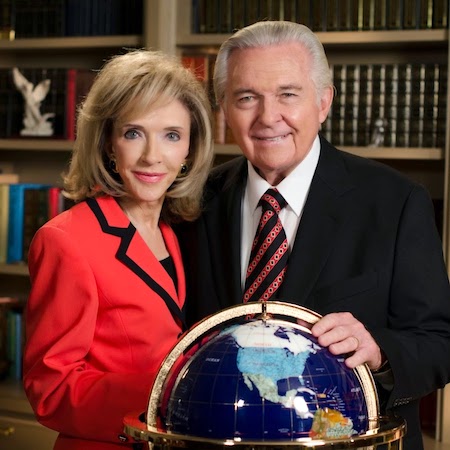 The Van Impes could not or would not attend that year’s Ig Nobel Prize Ceremony. They tentatively planned to come, but eventually informed us, via their secretary, that they had a pre-existing commitment to appear at an event elsewhere.

Here’s video of the prize announcement and the acceptance speech:

Jack Van Impe conducted a long series of scientific and technical research projects, many of which he described during his television broadcasts. In 2007, he announced another grand discovery: that the basic design of the automobile was published in The Bible.

Always, the announcements were made with verve: