To address this, Venky Krishnan,  Ford Autonomous Vehicle Systems Core Supervisor and his team consulted with zoologist Mark Hostetler to learn more about bugs. They crafted a bug launcher to fire dead insects at sensors and record it with high-speed cameras. If you’ve ever driven in areas with a lot of insects, you’ll know that simply using a conventional windshield washer system and wiper is simply not up to the task of removing a bug that strikes the glass at 70 mph. 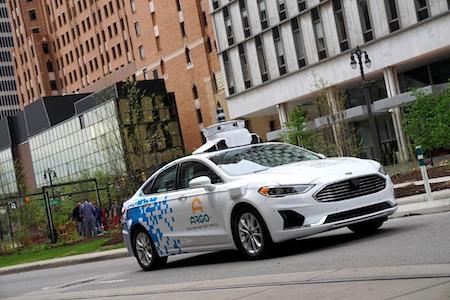