Since the publication of the paper, research in the Pseudo-Profound Bullshit (PPBS) field has continued, some might say flourished. And now, as of 2019, a set of tests have been developed by a research team from the University of Waterloo, Canada, which might help distinguish between those individuals who tend to be ‘receptive’ to PPBS and those tend not to be. Bearing in mind that :

“Like other irrational beliefs, bullshit is a real, prevalent, and consequential phenomenon. Due to this prevalence and potential for harm, the ability to recognize and avoid bullshit is an essential skill to have in today’s world.” 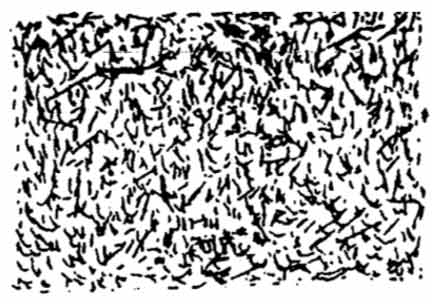 Try looking at the ‘snowy image’ above. Can you discern anything? Now consider these statements :

If you saw anything in the image (it’s just random-ish noise) then you might have also been receptive to the two statements (which are examples of PPBS).

“In conclusion, the tendency to go beyond the available data and infuse the world with illusory patterns is positively associated with the tendency to create and endorse meaning in superficially impressive, yet ultimately meaningless, pseudo-profound statements.”

BONUS for PPBS researchers : There are (at least) two online facilities which can generate PPBS for your experiments. See : wisdomofchopra.com and sebpearce.com