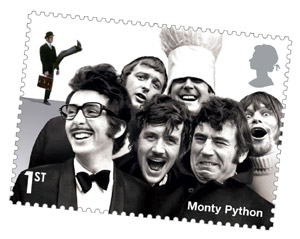 Monty Python has not, repeat not, been ignored by academia. Here are links to but a few of the scholarly studies which look at, examine, discuss, evaluate, appraise, assess, analyse and otherwise probe the Monty Python oeuvre, and its wider, and narrower, implications, entailments, illations, connotations, inferences, and ramifications.

● Monty Python and the Mathnavi: The Parrot in Indian, Persian and English Humor in Iranian Studies, Volume 36, 2003 – Issue 1

● Using Monty Python and The Holy Grail to Teach the van Hiele Model for Geometric Thought and Logic in The Ohio Journal of School Mathematics, 2010